​She ‘loved life:’ A grieving father wrote openly about suicide and mental illness in daughter’s obituary        By Colby Itkowitz  August 17, 2016

Read the original article in The Washington Post here. 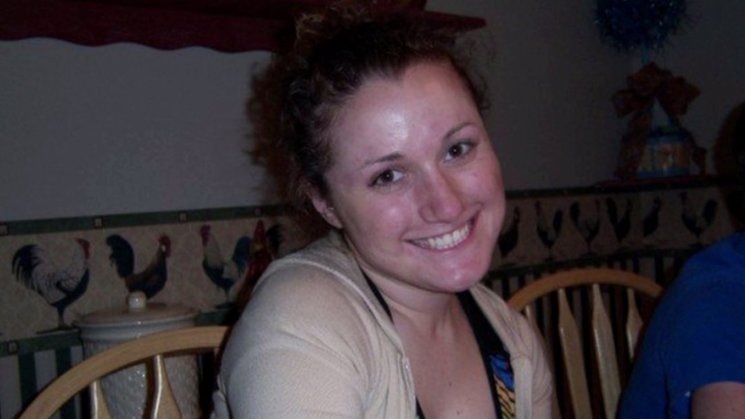 ​Only hours after he learned his only daughter was dead, Ed Shoener sat down to write her obituary. It felt like one way he could still take care of his little girl.

He and his wife, Ruth, had been steeling themselves for this day since Katie’s first hospitalization more than 11 years ago. He knew immediately why the police were at his doorstep the night of Aug. 3. Yet nothing prepares a parent for the moment they learn the details about how their child ended her life.

But if Shoener, a deacon at his Catholic church, learned anything watching his daughter’s long struggle with mental illness, it’s that the disease that plagued her is tragically misunderstood. The last thing he could do for his daughter was try to help others understand.

So, with stunning candor, he began her obituary like this:

Kathleen ‘Katie’ Marie Shoener, 29, fought bipolar disorder since 2005, but she finally lost the battle on Wednesday to suicide in Lewis Center, Ohio.

Then, overwhelmed by the fatherly pull to protect her, he wrote this:

So often people who have a mental illness are known as their illness. People say that “she is bipolar” or “he is schizophrenic.” Over the coming days as you talk to people about this, please do not use that phrase. People who have cancer are not cancer, those with diabetes are not diabetes. Katie was not bipolar — she had an illness called bipolar disorder — Katie herself was a beautiful child of God. The way we talk about people and their illnesses affects the people themselves and how we treat the illness. In the case of mental illness there is so much fear, ignorance and hurtful attitudes that the people who suffer from mental illness needlessly suffer further. Our society does not provide the resources that are needed to adequately understand and treat mental illness. In Katie’s case, she had the best medical care available, she always took the cocktail of medicines that she was prescribed and she did her best to be healthy and manage this illness – and yet – that was not enough. Someday a cure will be found, but until then, we need to support and be compassionate to those with mental illness, every bit as much as we support those who suffer from cancer, heart disease or any other illness. Please know that Katie was a sweet, wonderful person that loved life, the people around her – and Jesus Christ. 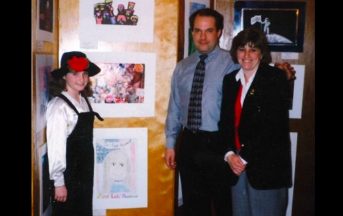 A young Katie with her parents Ed and Ruth Shoener. (Photo courtesy: The Shoeners)
​“There’s nothing rational about this illness”

It was spring of Katie’s senior year in high school when she first attempted suicide. She was a brilliant student, finishing second in her class. She played soccer, musical instruments and had a close group of girlfriends. She dreamed of going to New York University, which, while only 120 miles from the scrappy blue-collar town of Scranton where she’d grown up, felt a world away.

​Her parents were away the weekend Katie swallowed a handful of pills. They didn’t know she had been quietly suffering, though they found out later that she’d been cutting herself for about a year, covering the scars on her wrists with stacks of bracelets.

In their small, closeknit community little is kept secret, and everyone at church and at school knew Katie had tried to kill herself. And in those early days, with the diagnosis of bipolar still raw, the Shoeners carried the shame too often associated with mental illness.

“No one came up to me or Ruth and said, ‘I’m so sorry.’ If she’d gotten in an accident they would have said kind things, but now everyone knew and no one looked at us, like it was a character flaw,” Shoener said in an interview. “We felt shamed, we felt like maybe we weren’t good parents. They didn’t know what to say. As a society we don’t know how to talk to each other about this. We don’t have a language for how to talk about mental illness.”
​
Around 5 million Americans, or 2.6 percent of the population, have a bipolar disorder diagnosis, but only around half seek treatment in a given year, according to the National Institute of Mental Health.

Katie was one who did. The rest of her life was a cycle of therapy, medications and hospital stays. She would stabilize and resume her otherwise full and ambitious life, only to have her bipolar resurface.

“Everyone loved Katie, if you met Katie you couldn’t help but love her. She was vibrant,” Shoener said, his voice catching on the adjective. “There’s nothing rational about this illness. Something in her mind told her she was a terrible person and everybody hated her.” 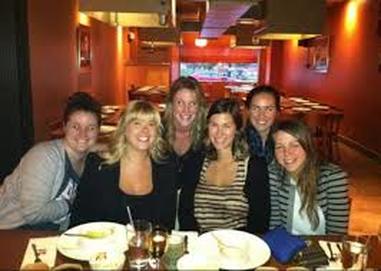 “She woke up every day fighting to be happy,” Lamond said. “It breaks my heart. It makes my heart heavy that she carried that every day.”

“Katie was not bipolar”

Katie moved to Columbus, Ohio to earn her MBA at Ohio State University and stayed there for a job. But after another breakdown, she quit, telling the company they deserved a better employee. Without a job, she’d sit alone in her apartment and ruminate. As is the curse of mental illness, her mind was an endless cycle of irrational and negative self-talk. Her parents urged her to move back to Scranton, but she said going home would feel like failing, like falling short of her dreams.

But recently, she had decided to make a change. She planned to move across the country to live with her older brother and his family in San Diego. She adored her nieces and nephews. Her family and friends were hopeful that she’d finally find peace in the temperate climate and proximity to the kids.

But two weeks ago, on a Wednesday evening, Katie sat in her car in a remote spot in her apartment parking lot and shot herself. The police told the Shoeners they’d found just a brief note: “This life is not for me,” Katie wrote. She added, “Take care of Mary” — her dog.

Shoener is a deeply religious man, and for a long time suicide was viewed as a sin in Catholicism. But in the last two decades, there’s been a greater acceptance from the the church that people who kill themselves may be suffering from a psychological issue beyond their control. For Shoener, educating people about mental illness and suicide feels like a mission from God. That in death, Katie will save lives.

The obituary, and a similar homily he gave at her funeral, have provided comfort to the many people who have since approached him or emailed him expressing gratitude for his honesty about what Katie endured.

And her friends are now advocates too. They’re organizing a “5Kate” run on her birthday this year – Halloween. The tagline for the event is: “Wear a costume, but don’t mask mental illness.”

​“God will use this death to help others come out of the shadows. To help people to find a way to talk to each other about this illness,” Shoener said. “Katie was not bipolar. She was a wonderful girl who had bipolar disorder.”

Click here for more stories about Katie from across the US, around the world and on the Web